Cities are facing an increasing number of bicycles being used by urban citizen and the need of monitoring and man- aging this type of traffic becomes part of municipality and city administration. Bicycles shall be able to communicate between each other, exchange data with information service providers in the city and broadcast alarm and emergency messages. In this work we describe a wireless sensor network infrastructure approach designed especially for data messaging for bicycles, being independent of existing networks of telecommunication operators. The proposed communication network is assumed to be a decentralized, chaotic ad-hoc network established by a transceiver mounted on each bicycle. With this approach important information from bicycles moving around in the city can be gathered without depending on 3rd party network infrastructures. This network can build the basis for further applications for bicycles like optimized traffic management. 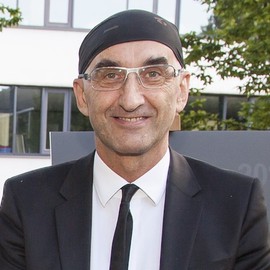