With the rise of model-driven software development, more and more development tasks are being performed on models. A rich variety of modeling tools is available supporting different tasks, such as model creation, model simulation, model checking, and code generation. Seamless exchange of models among different modeling tools increasingly becomes a crucial prerequisite for effective software development processes. Due to lack of interoperability, however, it is often difficult to use tools in combination, thus the potential of model-driven software development cannot be fully utilized, unless we find some scalable way of integration. We are aiming at providing a semantic infrastructure for model-based tool integration, enabling to facilitate any tool appropriate for the modeling task at hand. The key innovations provided are a set of scalable architectural model integration patterns supported by a high-level metamodel integration language, thus going beyond existing low-level model transformation approaches. Ontology-based metamodel integration considerably lowers the manual effort required for tool integration, enabling a novel synergic use of technologies from the model engineering and ontology engineering domains. An open knowledge base for tool integration captures essential knowledge about modeling languages and tools in terms of ontologies, fostering reuse within and beyond the scope of this project. These innovations will be realized within the ModelCVS prototype and case study. The core of the system will be based on a versioning system such as CVS, thus providing a loosely-coupled and well-proofed integration architecture. Transparent transformation of models between different tools, languages and exchange formats, as well as versioning capabilities exploiting the rich syntax and semantics of models represent the key functionalities of ModelCVS. In this way, ModelCVS will serve as both, a research vehicle and testbed for exploring applications of semantic technologies in model-based tool integration and a prototype for a succeeding industrial product.

This work has been partly funded by the Austrian Federal Ministry of Transport, Innovation and Technology (BMVIT) and FFG under grant FIT-IT-810806. 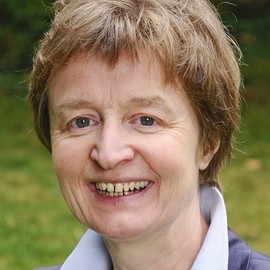